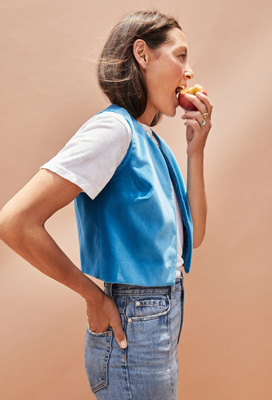 Rentmeester, a native New Yorker, loves her job: “It’s a creative way to learn more about culture, history, and people,” she says, “I feel like I’ve never left school.”